Everything in the universe is energy and vibration

Each element of the atomic periodic table consists of different vibratory waves. The Universe is saturated with frequencies or energetic vibrations that affect all living cells of the human, animal and plant kingdoms. Humans have the power to use this energy consciously, since each thought is transported through this energy.

What is TESLA HEALING 369®
The Tesla Healing 369® method is based on an energy and frequencies that were discovered by Nikola Tesla in 1889 and that can be used by anyone to reestablish their Light Body.

Any disease that manifests itself physically, mentally or emotionally, is the result of an imbalance of the Vital Energy of our physical body. This physical body is supported by several subtle bodies, such as the astral body, the mental body, the causal body, the buddhic body, the atmic body, among others.
Once the balance of these subtle bodies has been restored, the Original Balance in the Being that is rehabilitated and healing takes place at all levels.

This process also activates the Healer in each person and therefore it is very frequent that the use of these energies allows the healing of the body, mind, and spirit. The management and direction of this Energy and Frequencies stimulate this process.

Since October 2014 I have been applying Tesla Healing 369® to my patients and to date they continue to report, above all, mental clarity, disappearance of existential fears and openness of consciousness, after each session.

I discovered that this healing modality is extremely powerful with great and often rapid results. Some patients began to report being cured of tumors, psoriasis, arthritis pain, chronic fatigue, back injuries, etc.
Also in most of the testimonies the synchronicities in all areas of life, loss of fears, etc. are mentioned. But all have agreed that the aspect of evolution of their consciousness, caused by the frequencies of the energy of Tesla, is much more important than the healing itself.

In particular I have observed that people who receive a 3-session treatment of Tesla Healing 369® before a complicated surgery, obtain unexpectedly positive results of the surgery, shortening in some cases, the expected time of the intervention and achieve their recovery in time much shorter than expected. Doctors and surgeons are amazed at the results.

On an emotional and spiritual level it has helped to give a new meaning in life and to provide balance and harmony.

We are currently experiencing a lot of violence, bad treatment and other characteristics of an era of crisis. The crisis teaches us, allows us to grow and I am sure that by using Tesla Healing 369® in our lives, we will achieve a positive change, an inner growth, an openness of consciousness, a balance in the whole Being…
This will be achieved first in us and then in others, starting with our family, friends and people we contact daily. Over time, we will have achieved a substantial change in a nearby group, which will vibrate at higher frequencies and by becoming aware of this, will help in turn, applying this harmonious method to restore order and balance to their closed ones.
If only 0.001 of the world’s population learn this modality and work in coherence with it, a critical mass can be achieved in order to achieve the much desired Peace in the World.

How does Tesla Healing 369® work?
Tesla Healing 369® is based on a primary energy that creates and maintains order, in the chaos of matter. It is also known as subtle cosmic energy. Science today gives it the name of «Tachyonic Energy», because of its high speed that is 27 times greater than the speed of light and that has a vibration as high as the frequency of Love.

According to Nikola Tesla: “It is an unlimited, very powerful energy that knows neither time nor space.
It is the energy of the vital force, infinite, without dimensions, without a precise direction that flows through us and through the spaces of our body’s molecules. ”

Based on the energy and frequencies that Nikola Tesla discovered in his laboratory in 1889, after observing a solar eclipse in which he noticed some anti-gravity phenomena that led him to continue investigating.
This method of healing also includes a high proportion of elements and keys of Sacred Geometry; addressing the three aspects of human existence: body, mind and spirit. For this reason healing takes place at all levels of human existence.

These Multidimensional Frequencies, which Nikola Tesla describes as “Unlimited Energy”, reach us from the Universal Source of Eternal Wisdom that, through the Light and the Information they emit, reaches the Self and all its bodies (physical, astral, mental, causal, buddhic, atomic, etc). They return the Primal Information to each cell of the physical body, activate the Inner Healer that is in each of us and also open and expand our consciousness.

Those who are impregnated with these frequencies, begin to register essential changes in all areas of their lives.

Tesla Healing 369 of the Quantum Field® 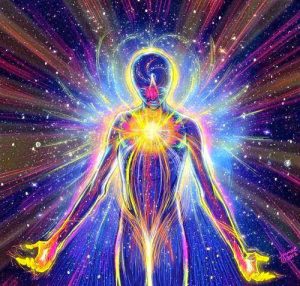 This modality is used when the Patient and the Practitioner are in different places.

We can see it as a Distance Healing, but distance is irrelevant, since through the Quantum Field, we are connected to the whole. The Client could be on the other side of the planet, but he is treated as if he were sitting in the same room as the Practitioner.

Tesla Healing 369 of the Quantum Field® allows us to establish communication in a very simple procedure, without using any symbol or ritual.

The Practitioner only connects with the «Essence» of his Patient and begins his work, and although it seems a paradox, the greater the distance, the effect increases.

The results are amazing. In some cases, resolutions on the issues to be resolved have been experienced, more quickly than in person.

Tesla Healing 369 of the Quantum Field® has no limits on the application, which can be in children from breastfeeding to the elderly. It has also been proven a high effectiveness applied to animals and plants.

Benefits obtained with Tesla Healing 369®
The energy that Tesla Healing 369® generates in the body, induces a homeostatic processes of rebalancing, enabling the body to help produce self-healing effects.
It is also a source of all frequencies, reverses entropy and therefore aging and disorder on the level of physical energy, at the level of the subtle body and the chakras, thereby generating well-being and health.

Countless benefits are found in all areas

– Cerebral
– Physical-Motor
– Cardiovascular system
– Respiratory system
– Digestive system
– Emotional Body
– Spiritual and Mental
– At the cellular level, it is a great restorer of the primitive information

The person who receives the three sessions will be able to observe, among other things: